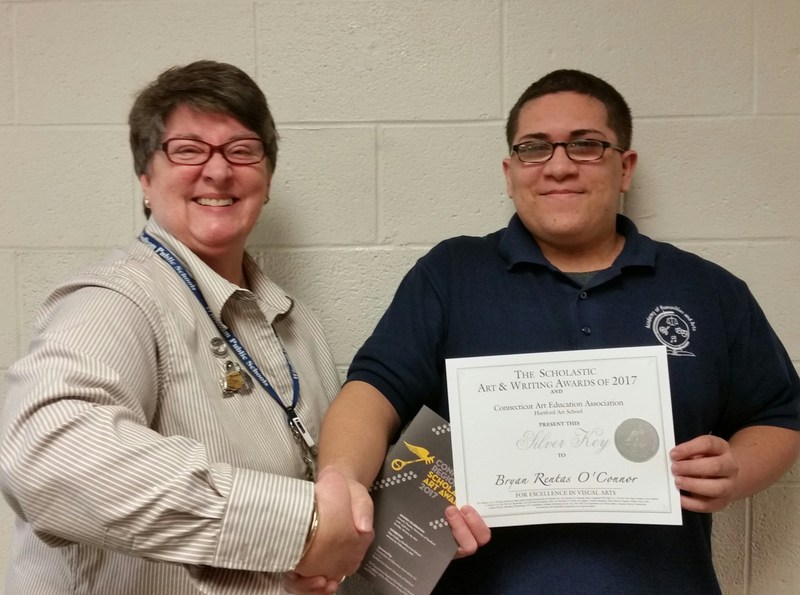 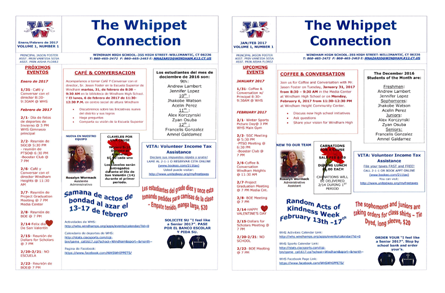 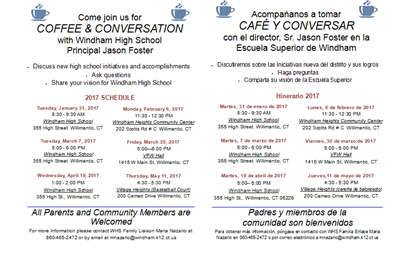 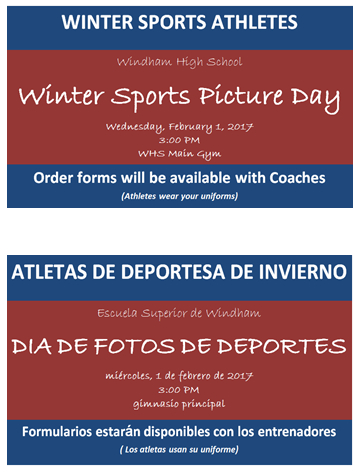 Winter Athletes will be taking team pictures on Wednesday, February 1, 2017 at 3:00 PM inside the main gym.

Great news on behalf of the WHS Music Department. This year we have been chosen to receive a $2,000 award from the GRAMMY foundation! 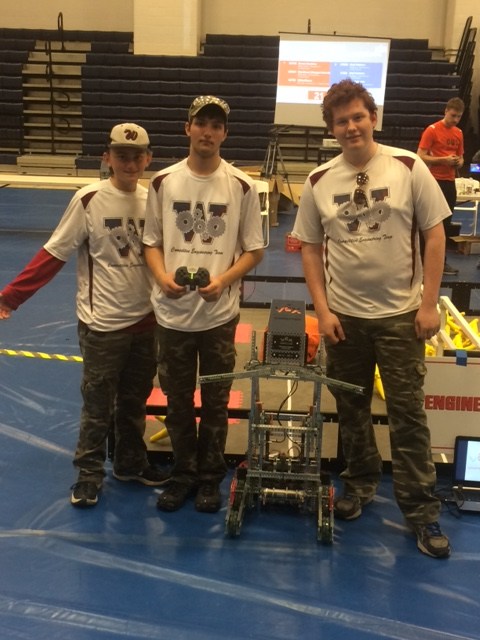 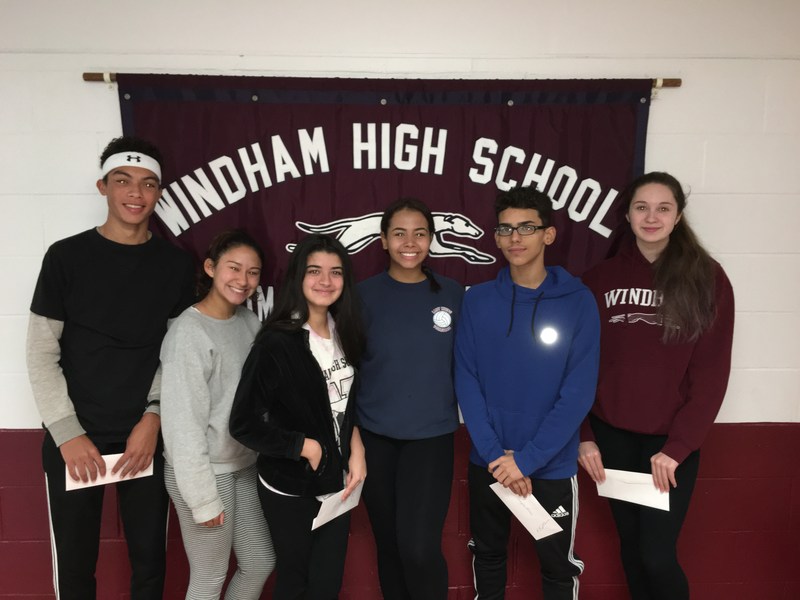 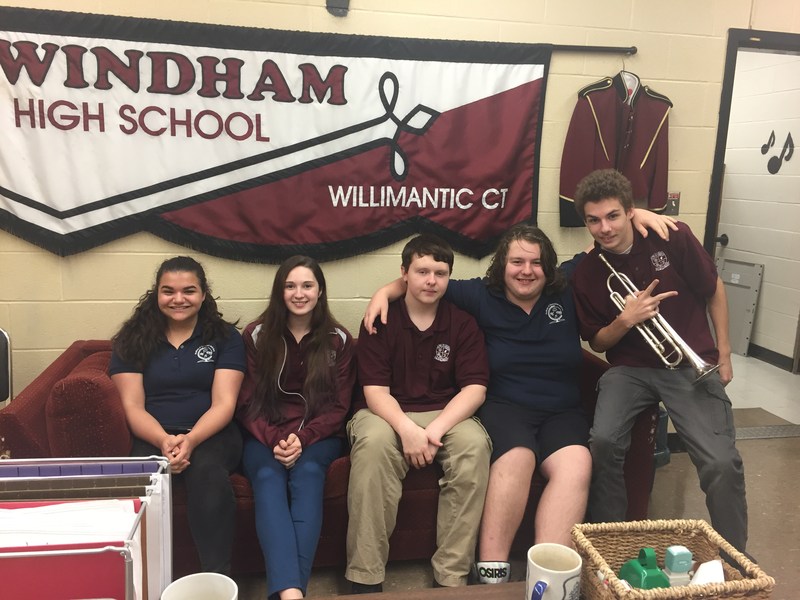 Congratulations to the following WHS band members who were accepted into the Charter Oak Music Festival, a select group of the best musicians from our region of Connecticut. 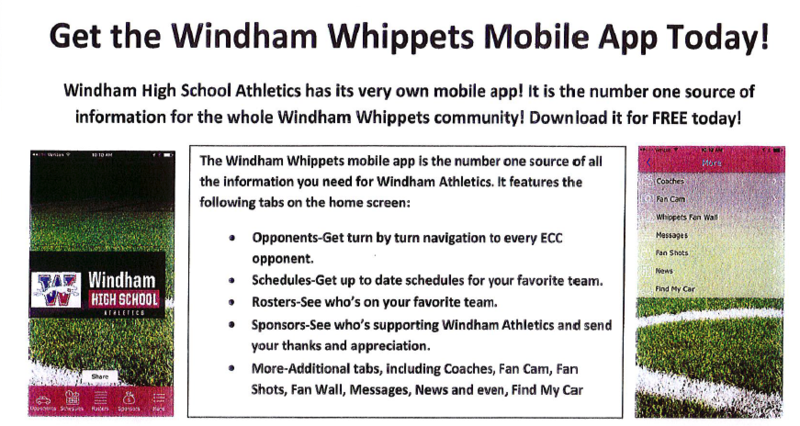 Windham High School Athletics has its very own app! It is the number one source of information for the Windham Whippets community! 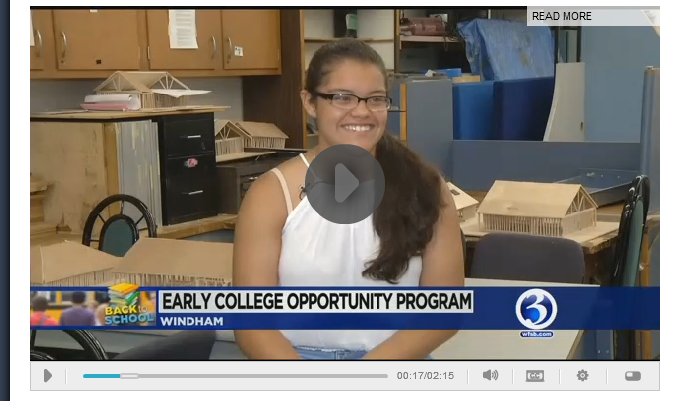